Skip to content
We started off the morning by preparing our snack for later. This snack was called “Dinosaur Food” and required some cooking and cooling, so we had to do it early. 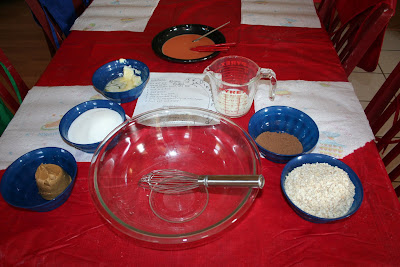 Our recipe called for Squashed Bugs, Grass Seeds, Dirt, Swamp Water, Dinosaur Fat, and Crushed Bones. We mixed them up, brought them to a boil and then dropped them on wax paper to cool. To see the recipe, click here 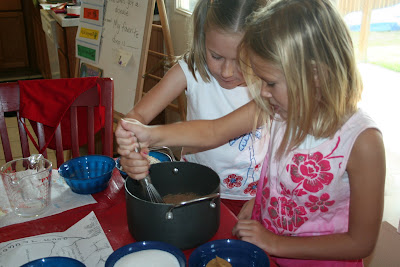 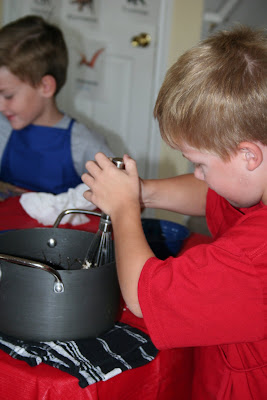 Next, we got out our fossils from yesterday. They were nice and hard…just like real fossils as one Kamper said! 🙂 We used a “wash” of acrylic paint and water to stain our fossils to look more rock like. We took them outside to dry. We didn’t get to the books today, so that will be first on our list tomorrow! 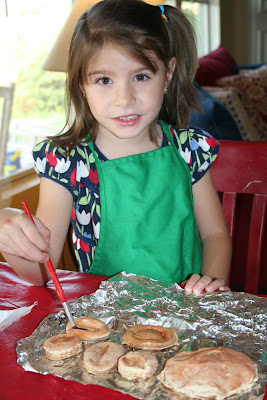 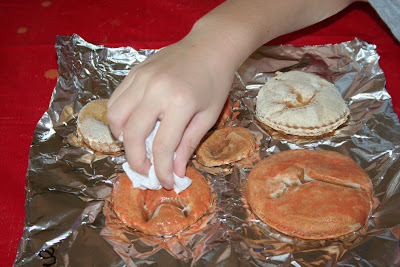 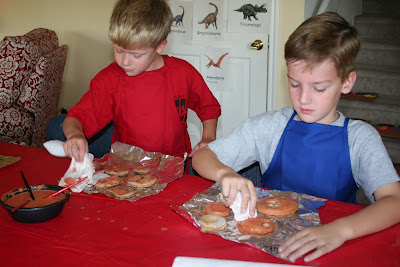 Next it was Volcano time! They all informed me today (when I asked) that their favorite part of Kamp Kindergarten is the volcano’s! So, they were very eager to add rivers, lakes, lava and grass to their volcanoes. They are very eager to see them explode tomorrow. One Kamper said “I think its going to explode all the way to the ceiling.” The rest of them agreed… I sure hope they aren’t disappointed because baking soda is exciting, but it can’t shoot the vinegar that high!! LOL! 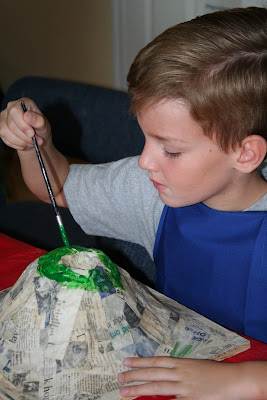 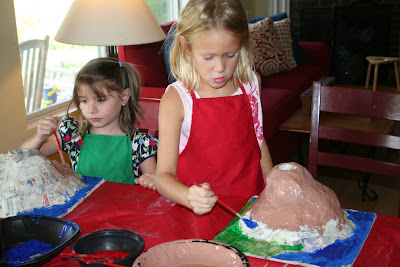 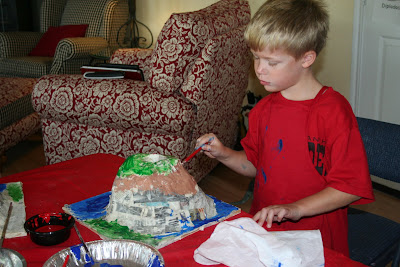 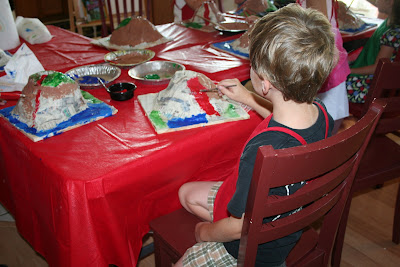 After the painting, our Dinosaur Food had set and was ready to eat. They were not very excited about these… I thin kit was the way they looked. Only one Kamper was brave enough to eat them and admit he like them. (I guess I will just have to eat them…) They taste like fudge! Yummy! So, crackers and vanilla wafers were the popular choice today… The girls created a card game out of their club crackers! So funny! 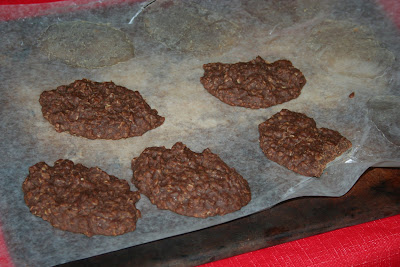 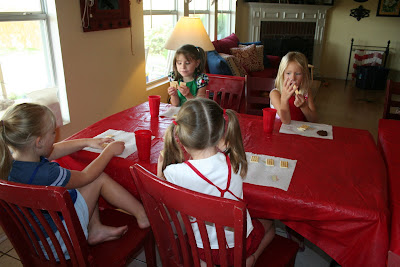 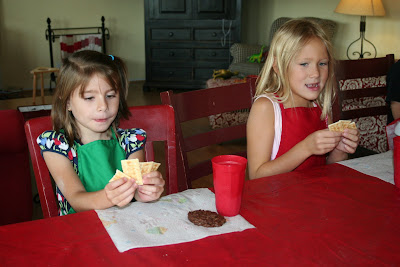 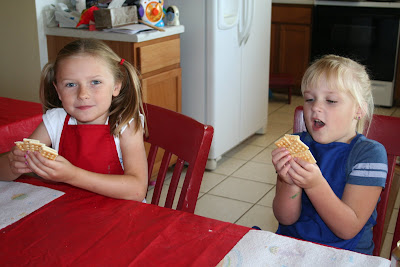 Last thing today was to design our t-shirts. We used our Research Journal that we had worked on at home and came up with a fact about our dinosaur. I have some drawing books that show how to draw most of the dinosaurs and they loved this. They took their time drawing out their chosen dino and then used a black marker to outline. They were beautiful illustrations! 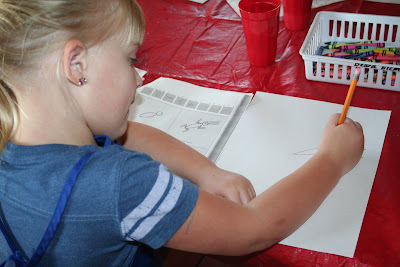 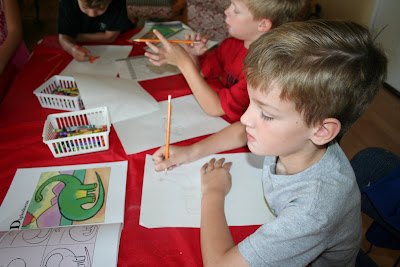 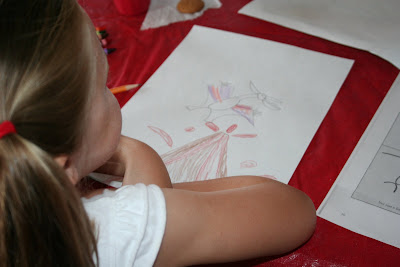 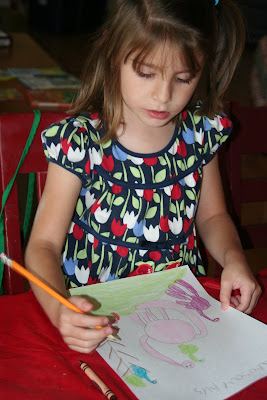 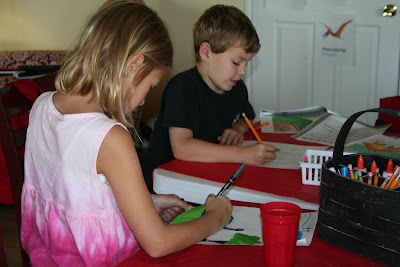 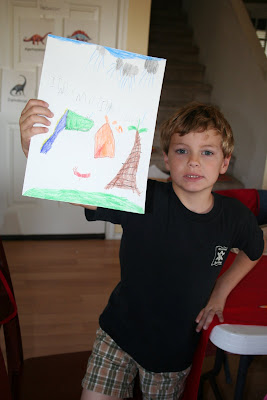 Tomorrow is our last day of Dinosaur Camp. I am sad to see it come to an end. These kids are so fantastic! Tomorrow we will wrap things up by completing out Fossil Book, Paining a Dino scene and of course, EXPLODING the volcanoes! Check back tomorrow night to see the final pictures.