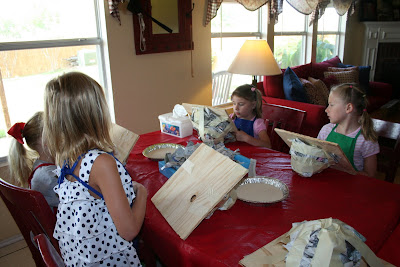 Hi everybody! Today was a really fun day! It was by far our messiest day of the week!

We started out by making out paper mache volcanos. I had preformed them ahead of time for time sake. It was just balled up newspaper and tape. The kids wrote their names on the one they chose…. 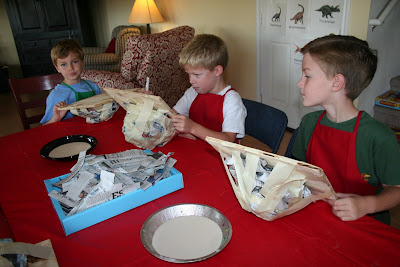 and started the “ewwwwwww” when they watched my demonstration!! 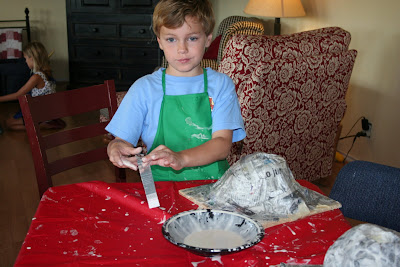 Even thought they acted like they were grossed out, they all really got into it trying to make theirs “the best!” 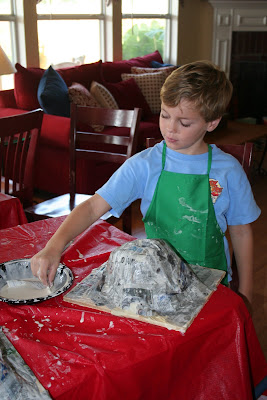 It took us the entire first hour to get these covered. By the time we were done we had paste from one end of the kitchen to the other! 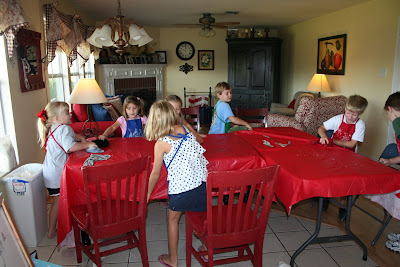 They were as good at cleaning up the mess as they were at making it, thankfully! 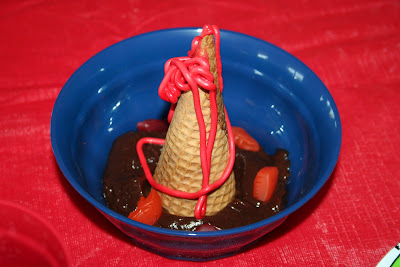 Next, we enjoyed a volcano snack! They chose Mud (chocolate pudding) or sand (vanilla pudding) and buried their volcano (ice cream cone.) Then they strategically placed their Dino’s around the bottom and then covered them in lava (icing.) 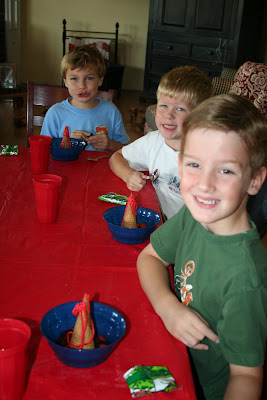 They thought this was a pretty cool snack! 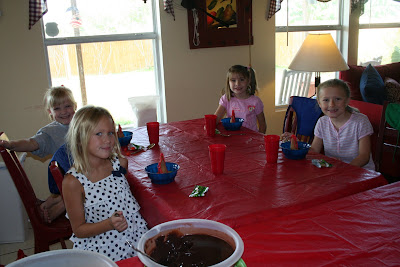 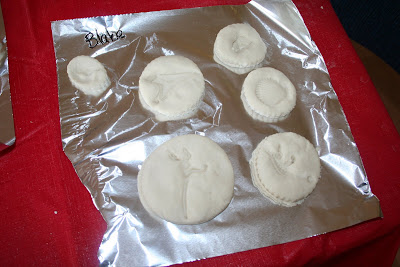 Next, we read a book about fossils and examined some real fossils. After that, we used salt dough to make our own fossils. Tomorrow we will paint them to look more rock like and put them in a fossil book. 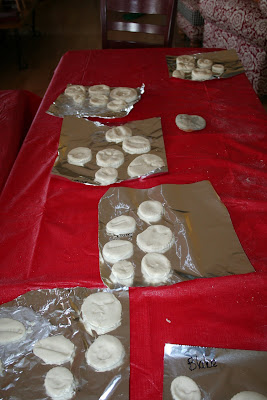 This is salt dough which is basically flour, salt and water. I baked it at 350 degrees for about an hour to make them hard and light. 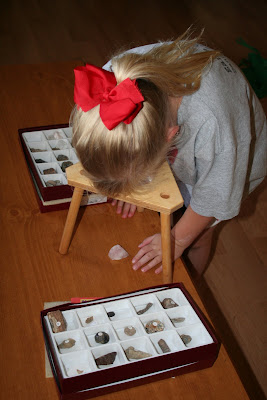 Tomorrow; lots of things to get done! Fossil book, volcano painting and start our t-shirt writing/drawing!
This is what teaching is all about. Small group of eager kids who think everything we do is awesome! I think I am having more fun than they are!