Skip to content
Hello everyone and happy Hump Day!
I have a really fun set of cards to show you today! As I’ve told you in earlier post, my oldest daughter is in 4H. She raised a rabbit pen this year and placed 8th out of 90! We were THRILLED! She did really well at the auction and I had to make 16 cards for her to write her thank you notes. I had ordered the Basket Bunch specifically because of the rabbit and couldn’t wait to make them! 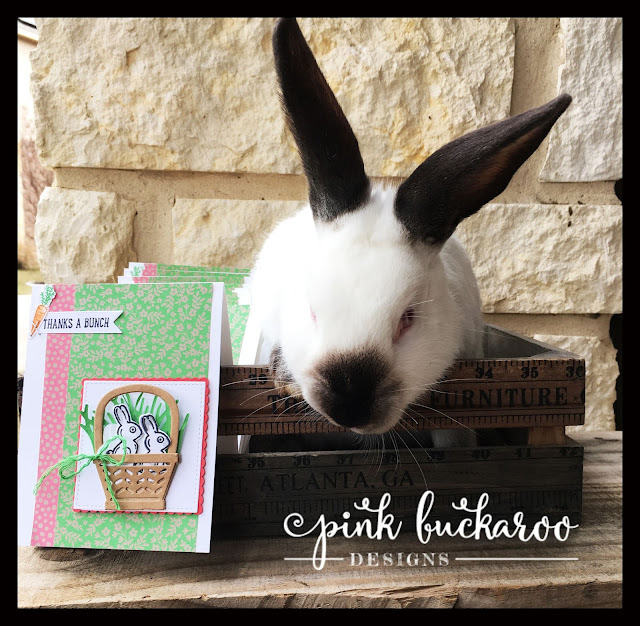 When you raise a “meat pen” (I know, it’s awful to think about, but circle of life y’all!) you only need three rabbits. We started with four and she would use the best (fattest) three. The one who never could catch up weight wise we named “baby” because she was so small. And the only female! She stole our heart from the very beginning and I knew she would be making her “forever home” here after the show was over. So, I want you to meet baby, who’s official name is Stella! I had to get her in a picture with the cards that were made in her likeness! She did NOT want to sit in that basket, so this is the best I got! Ha! 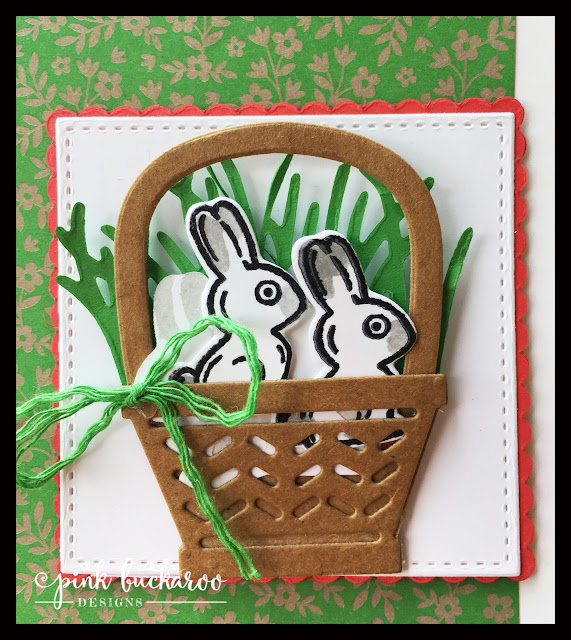 Stella and her brothers are Californians. They are all white with grey ears, nose, feet and tail. She also has “ruby red” eyes. I colored the little bunnies with the grey Watercolor pencil, but decided not to add in the red eyes. That would make them look weird… well, because red eyes ARE weird!! I stamped two for each basket and then just added two plain white die cut rabbits in the back. I added a little grey to the ears of those, but didn’t want to take the time to stamp /cut THAT many rabbits. 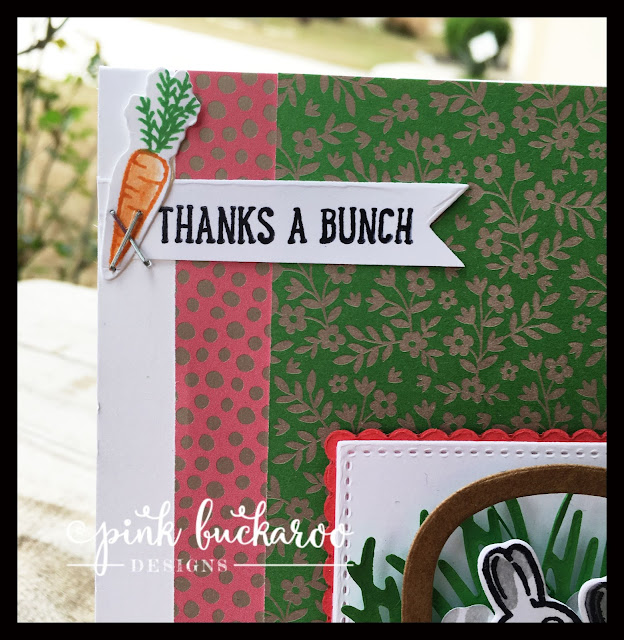 I added the carrot for good measure as well as the sentiment. I thought a couple of staples would be a nice embellishment. 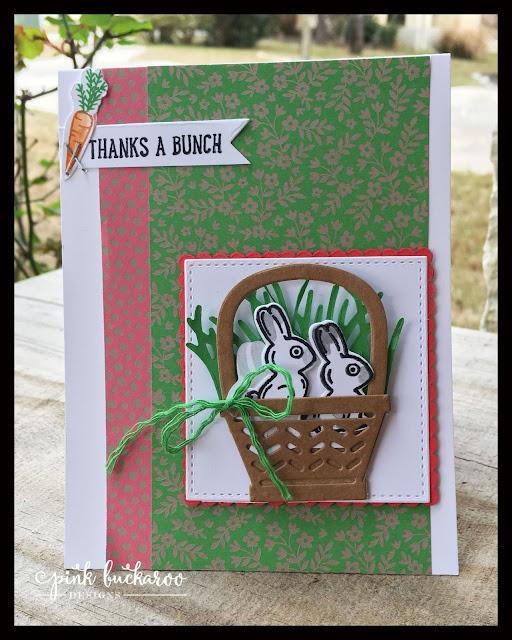 For the twine, I ended up pulling threads out of the Cucumber Crush Thick baker’s twine because I didn’t like how thick it was for this card. The DSP is the Affectionately Yours Specialty DSP. I also used the Layering Square Framelits and the Stitched Shapes Framelits. 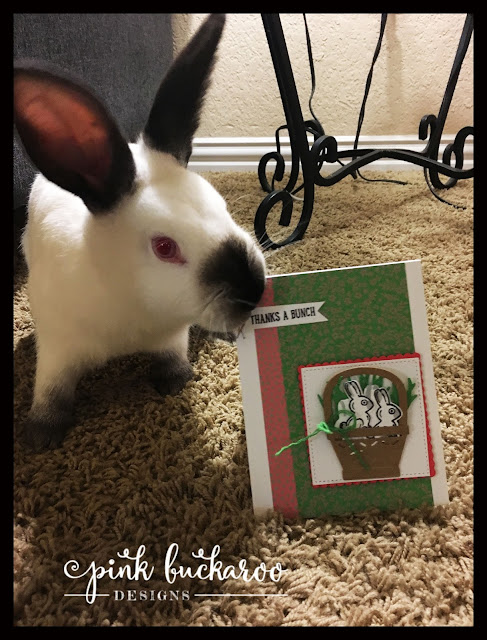 On a funny side note, I put these cards together during the Super Bowl. My girls were watching with us and they insisted that Stella take a picture with the cards right then. She’s very hyper at night, so things didn’t go so well… Ha!! She immediately put her mark on the first card she found! 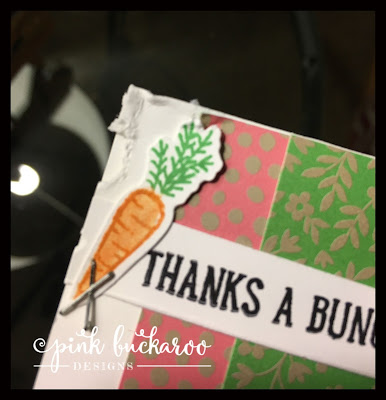 Needless to say, this card didn’t get sent out!

And, because I love to brag about Ellie’s first year in 4H, here is the official picture of her with the winning rabbits and her ribbon. 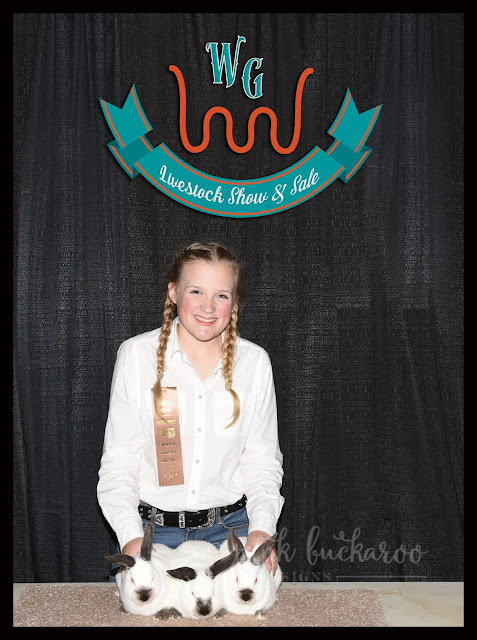 If you ever have the chance to put your child in 4H, I highly recommend it! Rabbits were a really easy first project and I am sad that it’s already over! My little girls are dying to do a pen next year too! Ellie will be in high school next year and we move on to a goat- Yikes! Hope they make a stamp for that!!!

Have a great Wednesday! 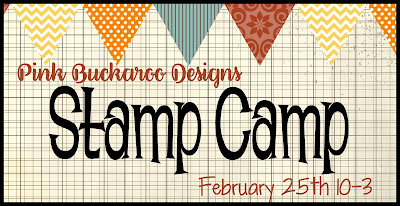 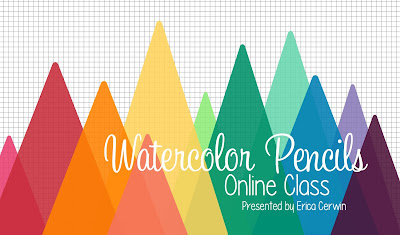 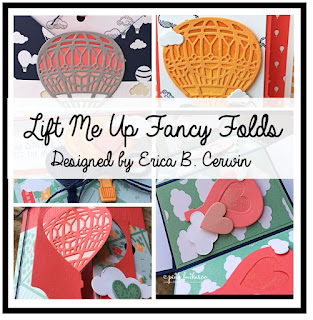