Skip to content
Wow! October is the busiest month of the year for us I believe. Maybe May as well. But it seems like I have more “projects” in October than the rest of the year.
This is a little Reese’s PB Cup hat we made this month at Stamp Club. It’s been floating all over the net and I had to snag it! Its so SIMPLE! A large scallop punch and 1/2 of a 3″ circle die. Adhere the candy to the base, adhere the 1/2 circle around the candy, add a little ribbon and tag! Done! So. Easy. 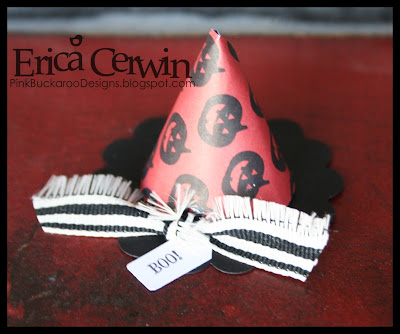 We’ve had our annual Pumpkin Patch display at school this year. The kids decorate a pumpkin to look like a book character. The girls LOVE doing this extra project! They are very competitive. No idea where they get that from. At stake this year- A glow in the dark dog tag! EEEk! We must win!!! 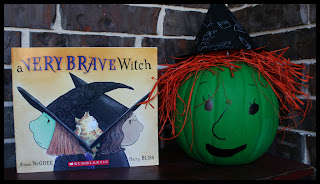 I gave little E, who is only 4, a few choices. I picked characters that would be simple to re create!I wanted her to make it, not me!! (I have all the dog tags I need….) 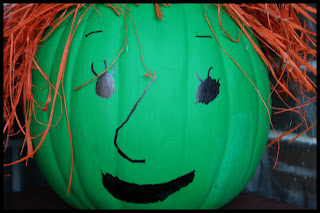 I drew the face with a pencil, she traced and colored in.  She also did all the painting! 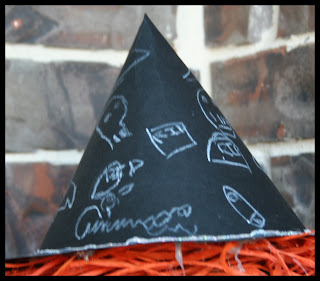 She even did all the detail drawing on the hat. Tomb Stones, Bats, Skulls… SO cute! She won 4th place! (OK, so 4th place out of 4 in her age group, but who cares! She got the glow in the dark dog tag!! ) 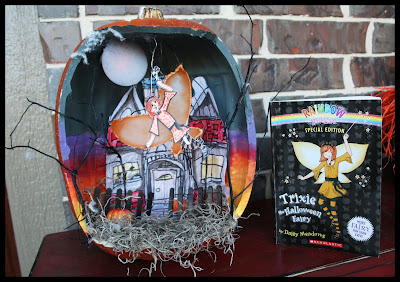 Now Big E’s pumpkin took a lot more work! But, this is what she lives for, so she loved it! She worked on it for over a week. Her book was Trixie the Halloween Fairy by Daisy Meadow (yes, really, that’s the authors “name!” LOL…) 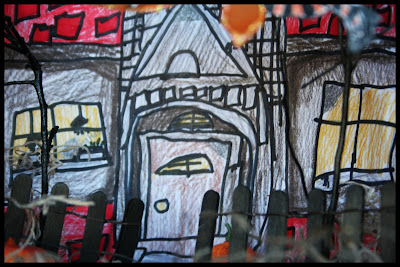 First, she drew the Haunted House. Like 6 times. Then, she colored it, outlined it with marker and added shading. 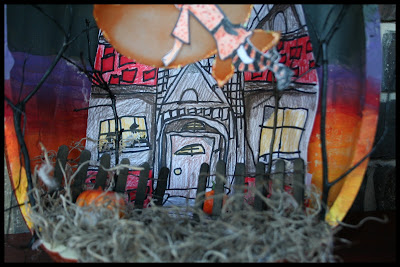 We carved out half of a fake pumpkin for this so we could keep it. She painted the inside like a sunset. 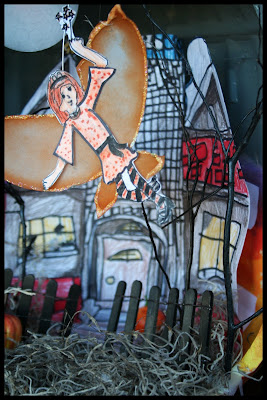 She then drew Trixie. Like 6 times. I pulled out the vellum and she drew the wings. She inked the edges with Stampin’ Sponges and Pumpkin Pie ink (as any good SU Demo daughter does!) She also added Dazzling Details to the wing edges! 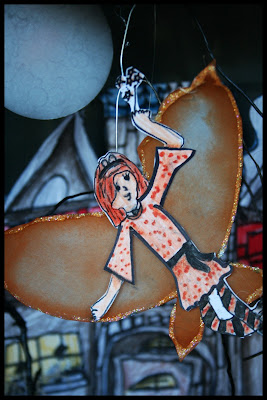 Trixie hangs by a wire! 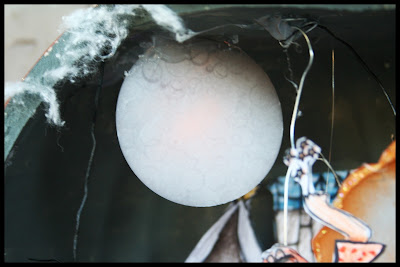 Moon was also vellum and Basic Grey ink stamped very lightly with a Circle Circus stamp. We found those fake tea lights at Dollar Tree and added one behind the moon. It flickered and looked very spooky! 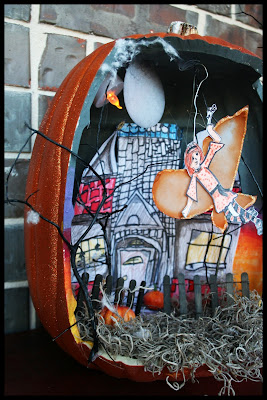 A quick trip through the Hobby Lobby miniature section scored us a spooky fence and a few pumpkins. A little moss and spray painted twigs and you’ve got yourself an AMAZING pumpkin if I do say so myself! 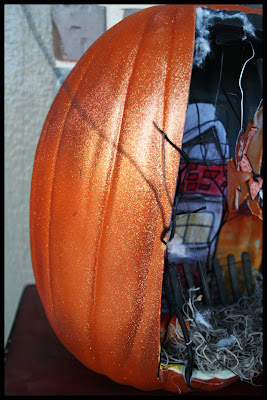 I have been looking for an excuse to buy some of Kryon’s new glitter spry paint, so we sprayed the outside with the orange! Love this stuff! Just be prepared for glitter all over you!

Big E won 2nd place. I was a little disappointed because she won first place last year. But, she came running into my classroom so excited. Again, GLOW IN THE DARK DOG TAG!!!

Ah,  if only I were so easily motivated!

Anyway, it’s been a jam packed month, and hopefully things will slow down a bit before Christmas rolls around… Yea, right! 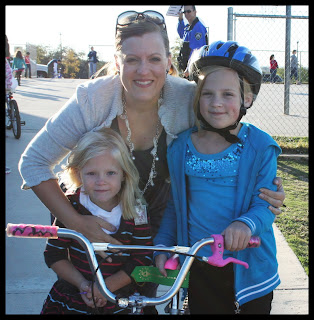 Have a great FRIDAY!!!

2 thoughts on “Almost to November!”