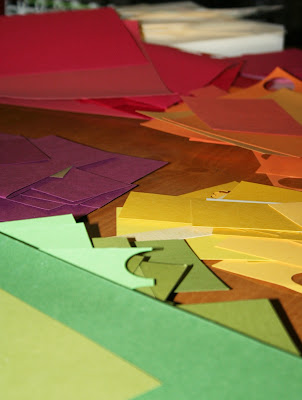 I have a problem. I can’t throw away my scraps! And since I became a SU demo, its become even worse! I have 12 X 12 drawers for all my scrapping scraps, but I have kept all my SU scraps seperate from those scraps! Yes, I know, its a strange sickness probably. 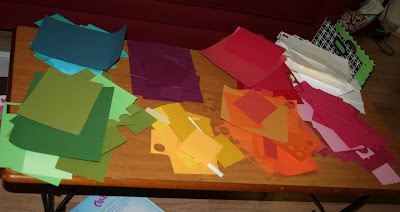 SO, when my SU Scrap Box became so full I couldn’t manage it anymore, I sat down and started to sort them into basic colors. I tried to throw away anything that wasn’t stampable size. Lets just say, I didn’t throw away much…. 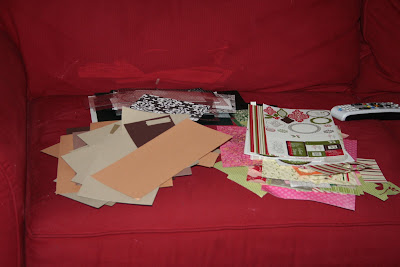 And then there is the problem of Design Studio Paper. If its no longer active, do I toss it? {GASP!} No, its not in my nature to throw away perfectly pretty paper…. 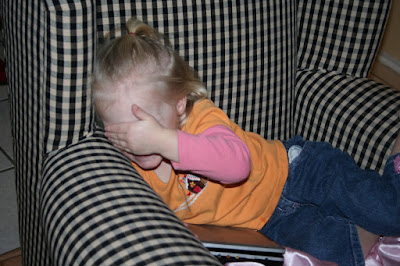 Emma was ashamed that her mother could be so silly and so messy when it comes to paper. She thought I was putting it into stacks so that she could draw on it! {GASP again!} I was scared to turn my back on her cute little self. I knew she would grab and run and my beautiful SU paper would end up somewhere in her nest and never be seen again…. 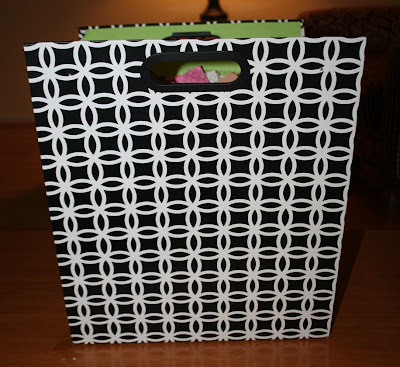 So I found this little jewel at Michales. I used my lovely President’s Day coupon and got it for $5! Its accordian style and fits 12X 12. 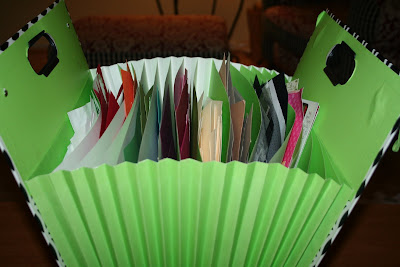 It worked beautifully…until I had all my paper JAMMED in there and the thing won’t close further than this position…sigh…. 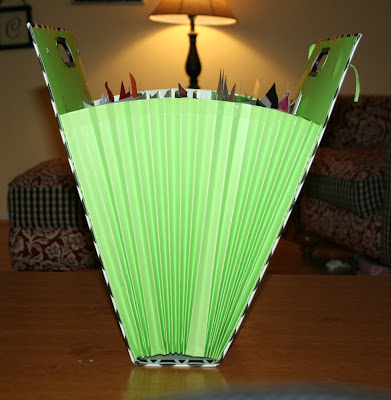 I guess I will need to treck back over to Ms to grab another one…or three…..
Have I ever mentioned that I LOVE PAPER!!!!
I do….its my scrapping drug….

2 thoughts on “All those Scraps, whats a girl to do?”